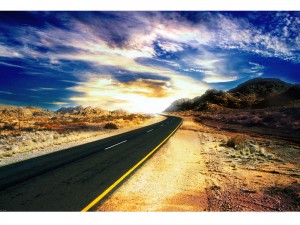 In other words, looking back and looking ahead. :)

2013 was a great writing year for me. I started the year by completing revisions on One’s Aspect to the Sun, which then came out from Tyche Books in November. So far it’s been getting wonderful reviews and readers really seem to be enjoying it, which makes me very happy. That was my big news and my big accomplishment, but there were other writing accomplishments, too.

My story, “ePrayer,” came out in Third Person Press’ newest anthology, Grey Area, which also added another notch to my editorial belt. Grey Area was partially funded through our Indiegogo campaign, which was quite an experience in itself–time consuming and sometimes frustrating, but ultimately satisfying. Also with Third Person Press, we read submissions and made final decisions for our next anthology, Flashpoint, so we’ll be moving on to line edits for those stories soon.

I finished a short story for submission to another anthology, and that story became the jumping-off point for my NaNoWriMo effort. NNWM was a win, and although that story is far from finished, I’m pleased with it and will continue to work on it.

I also put two other novels into submission, in March. I’m still waiting to hear on those, and, to tell the truth, I’m getting impatient. Having been through the experience of waiting a long time for a publisher and eventually pulling the manuscript, I’ve vowed not to do that again. That’s a blog post all by itself, though, so I’ll talk more about that another day.

I worked on yet another novel manuscript, which is very close to being finished. I had planned a “novel swap” with a writer friend, but it didn’t come to be. I just couldn’t seem to finish the last few chapters in a way that satisfied me. With luck, he’ll still be willing and we’ll get to that this year, once I wrangle those chapters into shape.

I did preliminary revision work on two other unfinished novel manuscripts, and did some background work on Nearspace, the setting for One’s Aspect to the Sun. Yes, there are more stories to be told in that universe. No, I don’t have any details to share with you yet.

All of which is wonderful but…I could do more.

Once upon a time, I used to start more stories than I finished. Over time, I learned that this was, at least in part, due to starting to write too soon. I’d get an idea and start writing before I had let it “simmer” long enough in my brain. I don’t get along well with outlines, but I’ve learned that I do need to be able to see the structure of the story in my head before I start writing that first scene. That scene usually comes to me full-blown, so it’s very, very tempting to just “get it down” quickly. But as I said, I learned not to give in to that temptation, and finished more stories.

However, I find myself in the position of having a lot of unfinished manuscripts on my hard drive again. I’m not sure what the problem is now; partly trying to juggle too many projects, partly spending too much time on “writerly” things that are not actually writing, partly my propensity to procrastinate. (There, I’ve admitted it!) This time they are mostly novels, as opposed to short stories, thanks to NaNoWriMo, but still…they need to be finished. I came close to finishing that one I mentioned earlier, but didn’t quite make it.

Last year I set just one goal for myself for 2013; I would publish a novel. I’ve decided to make 2014 the Year of Finishing. I’m not saying I won’t start anything new this year, of course, but I really like many of these stories that are languishing only partially complete. I want to go back to them, finish writing them, and make them shine.

I also hope to blog more consistently this year. Last night at our New Year’s celebrations I threw two hopes into the resolution box: more consistency and less procrastinating in my writing life overall. With some luck and determination, they should combine to produce more finished manuscripts in the months to come. Stay tuned and we’ll see what happens from here.

“What’s Nearspace?” I hear you asking.

Nearspace is the future…a future where a dozen solar systems are linked by navigable wormholes, where nanotechnology has extended human lifespans, and where corporations vie for control of planets, star systems, and technology.

It’s the future of my novel One’s Aspect to the Sun, due out from Tyche Books in November, 2013.

Captain Luta Paixon of the far trader Tane Ikai needs to know why she looks like a woman in her thirties–even though she’s actually eighty-four. She isn’t the only one desperate for that information.

The explanation might lie with her geneticist mother, who disappeared over sixty years ago, but even if her mother is still alive, it’s proving to be no small task to track her down in the vast, wormhole-ridden expanse of Nearspace. With the ruthless PrimeCorp bent on obtaining Luta’s DNA at any cost, her ninety-year-old husband asking for one last favor, and her estranged daughter locking horns with her at every turn, Luta’s search for answers will take her to the furthest reaches of space–and deep inside her own heart.

Watch this space for news about the book, background on the world and characters, and short stories that take place in and around Nearspace. It’s going to be fun!