Be Your Own Random Generator

Okay, think of this as a bonus idea if you’re feeling skeptical about the whole idea of using ideas generated by someone else. The germ of this idea comes from the Working Writer’s Daily Planner.

Try to have a quiet block of time when you’re not likely to face many interruptions. Sit down at the computer or grab pen and paper. Now, as quickly as you can, write fifty first lines. You don’t have to know anything about the story they might start. Don’t stop to think too much–if you must, set a timer for twenty minutes and see how many you can do in this amount of time This is just to see what your brain comes up with.

Got that? Good. That’s the part that came from the WWDP. Here’s my expansion on the exercise:

Now start a new list and invent fifty characters. They can be names or short descriptions: “Ludwig Thimbledown” or “a fastidious undertaker” or “a college student with a secret.” They can be archetypes or atypical and unusual. It doesn’t matter. Fifty, as fast as you can.

Getting tired? One more part. A new list, and this time you’re going to write down fifty problems, conflicts, or themes–or any mix of the three. They’re going to be short snappers, like “stolen inheritance” or “demon possession” or “physical loss leads to emotional loss” or “destruction of the natural world.” Whatever pops into your head, jot it down.

Whew! By now your brain is reeling and exhausted, I’m sure. So put your lists away for a little while; an hour or an afternoon or a day. Then when you’re ready, take them out, line them up, and see what happens.

Chances are, there will be some things from each list that you really have no interest in writing about, but others will jump out at you as intriguing. Don’t be afraid to cross some out, highlight others, or put what you feel are the best ones into a separate file or mind map. Play with combinations, try writing a few first paragraphs starting with the lines you like best, put characters and conflicts together, and chances are that story ideas will be sprouting in no time. Sometimes the brain just needs a metaphorical kick in the pants, but the raw material is all in there, just waiting for the right opportunity to make it into the light. Or a chance to mix its metaphors. Or whatever. Just go write! 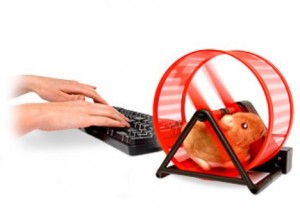 Okay, it’s October 5th, 26 days until NaNoWriMo, and you don’t know what you’re writing about. You know folks who have been planning this year’s novel for months (we hates, them, Precious, what has they got in their pocketses? Index cards!), but you have–nothing. No plot, no characters, no ideas.

It’s a horrible place to be, but there’s hope. And that hope has a name–random generators.

As an experiment, one year for NaNoWriMo, I wrote a novel which was almost entirely based on the results of random generators. I started with the title. Then anytime I needed to name a character, create a place or object, or find a plot twist, I went to a generator. I can hear you laughing, but here’s a secret–that novel is one of the ones that I, in my ten-year expedition with NNWM, completed, edited, and am now doing the final line-edit pass on before sending it out to a publisher. It’s one of my best stories. So don’t be too quick to pooh-pooh the idea of generators.

The thing about generators is knowing how to use them. They are great for sparking ideas, putting together ideas that you might not have thought of combining, and pulling words up to the top of your subconscious where you can play with them. You don’t have to feel constrained by them…once that idea is sparking, it will eventually take on a life of its own.

Here is a list of a few generators that I particularly like. Play around with them–don’t just look for loglines, bring up some plot twists, conflicts, character names, oddities, anything at all–and write down anything that sounds interesting. Maybe use a mind map like Freemind to gather together everything that speaks to you, and then look for connections in the jumble of ideas. Think of it as brainstorming, with the help of an outside brain. :)

StoryToolz.com: At StoryToolz, you’ll find a generator that gives you three conflicts, and a brief explanation of how to use them to flesh out a story idea. There’s also a random conflict generator, and a half title generator.

Seventh Sanctum: Here you’ll find a motherlode of generators, for all sorts of endeavours. You might want to start with the ones in the writing section for story ideas, but you never know where inspiration will strike!

The Writer’s Den at Pantomimepony: Another great collection of generators, including one for first lines. Sometimes a great first line is all you need to grow a story. (I tried it out and got: “That weekend, shortly before the parrot bit my Dad, Aunt Maude became a gangster’s tailor.” Now really, if you can’t grow a story out of that, there’s something wrong with you!)

Serendipity: Although recovering from a spam attack that took the old site down, the owner has restored some of the generators here and I hope will be able to continue to add more back in–this was one of my favorites.

Archetype: Three nice generators here, along with a link to a great article on all the different ways of beginning your story.

There are lots more generators on the net; if you don’t like these, do a search and find one that suits you. In my next post, we’ll take a look at a way to be your OWN random generator. Sounds like fun, huh?