A.K.A. More Than You Probably Need to Know About Me 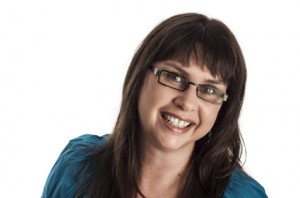 I write primarily speculative fiction (which means, for me, science fiction and fantasy in all their many flavours), and edit and publish speculative fiction with Third Person Press. I work at being a full-time writer–but I am also sorely inclined to procrastinate, which is probably linked somehow to also being a creativity addict and self-confessed internet geek. The hardest lesson I had to learn about writing (and am still learning) was the fine art of finishing things before starting new ones.

For over ten years I published The Scriptorium Webzine for Writers to help other writers, especially those just trying to find their feet in the writing world. There’s still lots of good information there for new and young writers, which is why I leave the page there instead of taking it down. I think it still provides inspiration, information, and encouragement.

When I’m not writing, I read (a lot!), garden, hone my creative procrastination skills on social media, and consume far more coffee and chocolate than is likely good for me. I dabble in both colored pencil and digital art; I keep an art blog called Colored Pencil Corner (which I haven’t updated in ages–I should do that one of these days!) and a portfolio at DeviantArt. Some of my digital pieces are at the top of these pages.

My debut novel, One’s Aspect to the Sun, was published by Tyche Books in late 2013 and was awarded the Book Publishers of Alberta “Book of the Year” Award for Speculative Fiction. The sequel, Dark Beneath the Moon, came out from Tyche in 2015, and the third book in the series, Beyond the Sentinel Stars, came out in 2017. My other books include the Olympia Investigations series; three short story collections; an urban fantasy/mystery, The Murder Prophet; the YA/middle grade novel, The Seventh Crow; and the middle grade sci-fi novel, Planet Fleep. With my partners at Third Person Press I’ve co-edited six anthologies of regional short fiction and a YA novel to date.

Every November I disappear into the strange realm of National Novel Writing Month and emerge gasping at the end, clutching something resembling a novel.

I’m a member of the Writer’s Federation of Nova Scotia Writer’s Council, and also a past Vice-President, Secretary-Treasurer, and Web Admin of SF Canada, Canada’s national association for Speculative Fiction Professionals. I belong to writers’ groups in both real life and Second Life.

1. I am the oldest of five children.
2. I have never dyed my hair.
3. I was once a caller on Open Mike with Mike Bullard.
4. I was once thrown and then run over by my horse.
5. I get intense food cravings when I write.
6. I am very shy but learned to “fake” it in social situations.
7. I love birthdays (especially mine).
8. I am adept at determining the gender of mice.
9. My favorite bands at the moment are Marianas Trench, Simple Plan, Hedley and Linkin Park.
10. I usually don’t “get” literary novels.
11. I have a form of arthritis that affects the spine–ankylosing spondylitis.
12. According to various online quizzes, I am a Grammar God(dess), Wikipedia, and considerably geeky.
13. I often write while walking at my treadmill desk.