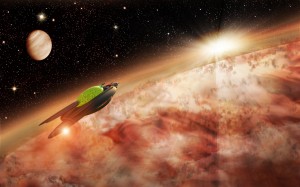 In the course of reading submissions for Third Person Press, I came to the realization that a lot of folks–writers included–didn’t understand what we meant in our guidelines by “speculative fiction.” And even though we made sure to include a bit of clarification by saying “This includes: science fiction, fantasy, horror, magic realism, and paranormal (for example, ghost stories)”, the fact remained that our most common reason for rejecting stories was that they lacked the necessary speculative elements.

When it came time to put out the call for submissions for our third anthology, Unearthed, we decided that it would benefit the writers who wanted to submit to us (and by extension, ourselves), to include more direction about what we meant by “speculative fiction” and what we wanted to see in the stories we received. Thus our “extended guidelines” page was born. Having done that, it occurred to me that visitors to my website, depending on why and how you have arrived here, may be interested in learning a bit more about the genre as well, so by cribbing extensively from the extended guidelines I wrote and turning it into a sort of essay on the genre, I’ve created this page.

I should mention that there isn’t one definitive definition of speculative fiction that will apply to all markets and that everyone will agree upon—in fact, not everyone even likes the term. But this is based on how we at Third Person Press define it for the purposes of our anthologies, and how I, as a writer and reader, think about it as regards the entirety of the science fiction and fantasy (and related) genres.

What Makes A Story “Speculative”? 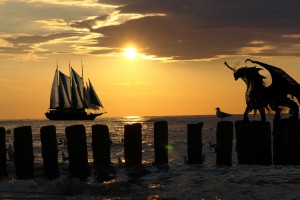 Some folks argue that all fiction is speculative–using the word sort of interchangably with “imagined.” Some also deride the term “speculative fiction” as an attempt to make these types of genre fiction more “legitimate” (whatever that means). I and many others, however, find “speculative fiction” to be a very useful umbrella term to encompass a broad range of story types; the aforemented science fiction, fantasy, horror, magic realism, and paranormal, and all the accompanying sub-genres as well, like science fantasy, cyberpunk, steampunk, urban fantasy, alternate history, superheroes…the lists are long and the definitions varied.

It might be easier to talk in terms of generalities. A given story is probably NOT what we consider speculative if:

In other words, all elements of the story—characters, setting, conflicts, events—are entirely within the realm of the everyday and mundane, either past or present.

On the other hand, your story probably IS what we consider speculative if any of the following are true:

This list is by no means exhaustive, but you get the idea. This story is not taking place in the world as we know it.

So What Makes A “Good” Speculative Story? 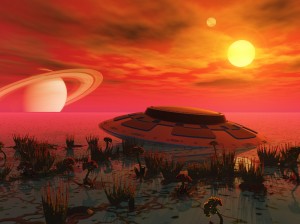 Good speculative stories have a lot in common with good stories of any type or genre. Skilled and evocative writing. Living, believable characters. Logical, engaging storylines. In addition to these foundations, speculative fiction readers are often looking for an elusive something–an element of the story that evokes a “sense of wonder”. We like new ideas, new ways of looking at the world, or humanity, or technology. We like to lose ourselves in worlds where magic is real, where anything is possible, where history took a different turning, where the future has arrived, and where imagination rules. The sense of wonder is an emotional reaction to the reader suddenly confronting, understanding, or seeing a concept anew in the context of new information–it’s often associated with a conceptual breakthrough or even a real paradigm shift.

Within these stories where imagination knows no bounds, there must still exist some boundaries. Systems of magic must make sense; the rules of a world must be internally consistent. Science and technology must be founded in fact, or founded on the “facts” of the imaginary world. Speculative fiction readers come to a story ready and willing to immerse themselves in the world of that story, eager to suspend their disbelief–but they’re also generally unforgiving of things that don’t make internal sense within the context of the story. 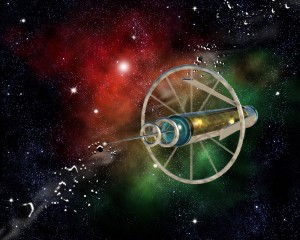 So, is it enough to take a story and add some speculative fiction “window dressing?” For example, to take a basic love triangle story and set it on a starship? If it’s well-written and interesting, it certainly might sell to a speculative fiction market–but it will be a better speculative story if that science fictional setting has an impact on the characters and the story.

In the past, it was sometimes true that if the central idea of a speculative fiction story was strong enough, other story considerations such as characterization, dialogue, plot, etc. could take a backseat. Characters could be stereotypical, dialogue could be somewhat stilted, plots could be pedestrian–all these things were really just a vehicle for the amazing IDEA the story set out to explore. This hasn’t really been true for a long time now. Although speculative fiction differs from “mundane” fiction in that character growth is not necessarily or always the main focus of the story, in the best speculative stories, all these story and writing elements are equally strong, equally important, and equally engaging. And together, they create that “sense of wonder” that transports the reader to places that, in the words of Canadian astronaut Dr. Marc Garneau, “open new doors in our minds.”

And speculative fiction that does that, no matter how you categorize it, is the very best kind. 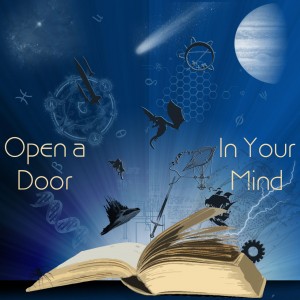 *All artwork and text in this post is copyright Sherry D. Ramsey. Feel free to use the art as personal desktop wallpaper, but no other use is authorized.