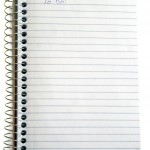 Sometimes I have so many writing projects on the go that it’s hard to decide what to work on or settle in to one thing. I’m a good multi-tasker, but that only goes so far.

So sometimes it’s easier to just put it all aside and write a blog post. :)

Lately I’m working back and forth between Third Person Press‘s Airborne anthology, and doing type-ins for my scifi/fantasy/mystery/romance novel The Murder Prophet. Both projects are on deadlines (albeit to some extent self-imposed ones). Both are also coming along really well. I wonder if that makes it more difficult to choose between them? I expect if one were a horrible slog and the other was flowing merrily, I’d be much more inclined to work on the latter and let the former wallow in its own misery.

I’m very fond of The Murder Prophet. No one else, not even my trusted first readers, has seen it yet, so that feeling could change in the next few months. I hope not. It was tons of fun to write, I love the protagonist, and I’m adding a slick little subplot now at the eleventh hour that is making me smile. Its mixed-genre lineage might make it difficult to place, but that might also work in its favor for niche or quirky publishers. However, that’s a worry for another day; right now I just want to get it to a point I can call ‘finished’ so some folks can read it.

Work on Airborne is also progressing nicely. We’re finishing up line edits on the last few stories now, so that they can go out for author approval, and I’ve started typesetting those that are already done and approved. The typesetting this time around has been a breeze; after figuring out all the hard stuff while working on Undercurrents, it’s a much faster process now. Not that I don’t run into any problems at all, but I have a better idea how to solve them, at least. Also, we have an almost-finalized front and back cover, an ISBN and barcode, and someone very cool lined up to write an introduction, so we’re pretty pleased.

I guess that’s enough procrastinating for now; I’ve sent out one story for author approval so far this morning, so maybe I’ll do type-ins for a while and see how I feel after that. Juggle, juggle. Sometimes the writing life is all about keeping the balls in the air.