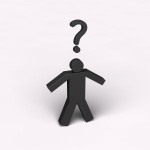 So far these posts have spawned three good questions (thanks, Chuck!) so I thought instead of responding in the comments I’d add a couple of Q&A posts. The questions are:

#1. Short stories – should your story begin right after your byline?

#3. How do you handle opening quotes in chapters? Such as the quotes from the Galactic Encyclopedia in Asimov’s Foundation Series, or quotes from the Orange Catholic Bible in Frank Herbert’s Dune? Is there a special name for these?

I’m going to answer #1 & #3 here now, and #2 tomorrow in another separate post, since novels are a different beast and have a few rules of their own.

A1. For short stories, yes, start the story immediately following one or two blank lines after the byline. Thus, your first page has, in this order, your contact information, approximate word count, title, byline, and beginning of the story.

Come back tomorrow for all the details on novel manuscript layout!