Flights From The Rock takes Flight! 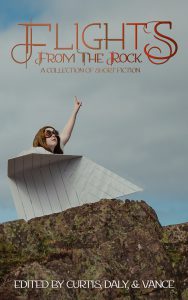 The upcoming anthology from Engen Books, Flights From The Rock, goes on pre-order today and you want to get yours!  This short fiction celebration of all types of flight (but particularly those with a speculative flavour) releases July 14th, 2019, to commemorate the 100th anniversary of the first non-stop Trans-Atlantic flight from Newfoundland (AKA the Rock) to Ireland. (And just look at that sweet cover art by Kit Sora!)

When the call for submissions for this anthology went out, it caught my imagination and I really wanted to write a story for it. I’d done some peer review work last year with ArtsNL, the Newfoundland and Labrador arts organization, and had spent a good bit of time looking at maps of NL. There’s still much of the province that seems gloriously empty, and it would have been even more so a hundred years ago. Enough empty land, I wondered, to shelter something big…like really, really big…like…dragons? (cue dramatic music). I mean, once man began taking to the skies, they would have become rather crowded for creatures trying to fly under the radar (pun thoroughly intended). Newfoundland might have seemed a great place to escape to…until the Trans-Atlantic air race brought the annoying flying machines even there.

Thus was born my story, “Unquiet Skies,” a tale of a boy, a dragon, and the Trans-Atlantic air race, which you’ll find along with twenty-six others in this anthology of alternate histories, adventures of lost planes, steampunk tales, modern epics, and more. The book opens for pre-orders today at just $2.99, and could reach the Amazon bestsellers list, as others in the From The Rock series have done. So if you’re interested in stories that showcase “the invention, imagination, and prestige that brought us to the skies,” this book is for you! Order today and help us reach bestseller status! 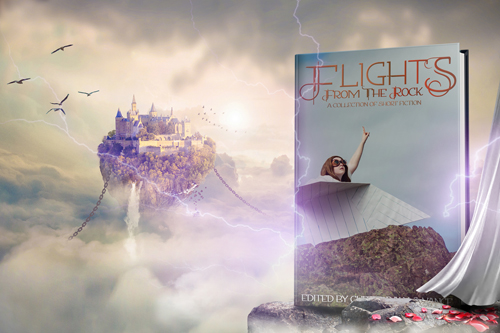