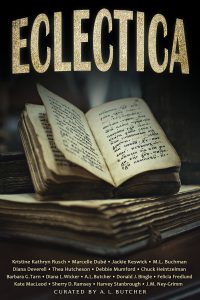 Hello, everyone, we’re back with another author interview from the Eclectica Bundle, this time with Felicia Fredlund.

Sherry: Welcome, Felicia! To start, tell us a little about the story/book you have in the Eclectica bundle.

Felicia: The story is called “Dear Brother” and is about a young man who is trying to come to terms with his grief over the loss of his brother.

Sherry: Do you remember what sparked the idea for “Dear Brother”? What was it?

Felicia: I lost my mother when I was young, only six years old. When I became a teenager that loss hit me again as if it happened just then. I guess I finally understood she was gone. At that point I wondered how I could ever move on. I eventually had a moment that helped me move on. That moment was the inspiration for this story. 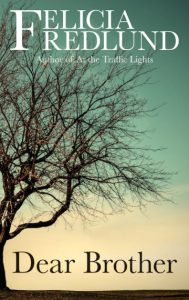 Sherry: Wow, that’s a very powerful motivation for a story. Thanks for sharing that with us.

Do you remember the first story you wrote? Tell us about it.

Felicia: I can’t be completely sure it is the first story I ever wrote, but it comes close. It was somewhere in first to third grade, I don’t know which because I didn’t write a date anywhere. But it was a picture book, and looked kind of like a book with a laminated cover and very simply sewed binding.

It was about a frog who lived in a shoe, and then one day his shoe was gone, so he had to go looking for a new home.

Sherry: That sounds adorable! Do you think there are certain themes that keep coming up in your work? If so, is it intentional, or something that just happens?

Felicia: I fairly recently noticed that almost all my main characters only have one parent left or they have one parent that doesn’t want to be a parent or who is absent in some other way. As I mentioned earlier, I lost my mother young, so I have a feeling that is where it came from. An unconscious bias I now always check for. Not that I always change it (if one parent is gone), but sometimes I do.

Sherry: It’s so interesting how we can do these things as writers and not always realize it right away. Do you think there were also early influences as a reader that have guided the stories you create as a writer? What were they? 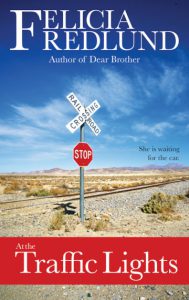 Felicia: Absolutely. The first book I remember liking, in fact the book that made me like (and later love) reading was Alanna – The First Adventure by Tamora Pierce. Before reading that book, reading was a chore school forced me to do; after reading it, I devoured every fantasy book I could find. I love fantasy, but most of it I read growing up had male main characters (I don’t have anything against that, in fact my story in the bundle has two male main characters), except for Tamora Pierce. (I’m sure there were fantasy with more women/girls, but I wasn’t finding it.)

That fact, that so much epic fantasy (which is what I mostly read back then) tended to have mostly boys or men as main characters (and sidekicks), have made me always check what gender I’m making characters because I have unconscious biases from all I’ve read. If I don’t think about it, all bit-part characters tend to fall into gender stereotypes (healers are women, inn/shop keepers are men, etc.) and I would like to more consciously decide their gender.

Sherry: I completely understand that–I have to do the same thing. What we read when we’re young really imprints on us, I think.

Now, to more practical matters: do you keep a tidy desk/workspace, or a messy one? ;) Do you think one or the other helps your creativity?

Felicia: I do everything better with a tidy desk, but I tend to let it get very messy before I do anything about it and then I bonk myself on the head and wonder why I didn’t tidy up days ago. Hehe. 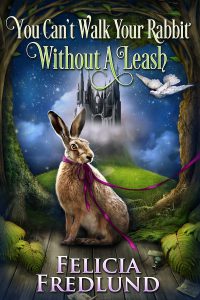 Sherry: I can sooooo relate to that! Tell us about your other works, projects, publications, and what’s on the horizon next. This is the shameless self-promotion portion of the interview. :)

Felicia: I mostly write fantasy and a bit of science fiction, but since I have a contemporary story in this bundle, let me point you to another contemporary short story: “At the Traffic Lights.” And if you lean modern, I also have urban fantasy, currently you can find “A Soul Calling,” but I have at least one more urban short story coming sometime this year. If you skew funny in your fantasy “You Can’t Walk Your Rabbit Without a Leash” would be up your alley. The darker side of fantasy comes out in the short story series Sorceress Islands.

Later this year a couple of fantasy novellas will come out, and I’m currently writing several short stories and longer works in a new series that I hope will start being published this year too.

Sherry: Thanks so much for dropping by to chat, Felicia! I’ve really enjoyed it. 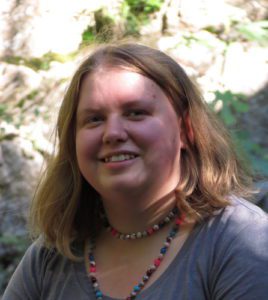 Felicia Fredlund writes fiction about entertaining adventures and emotional journeys of interesting people. She currently lives in Japan after a period of traveling.

She writes one series, a dark fantasy series called Sorceress Islands. Her short stories have appeared in several Fiction Rivers.

Learn more about her on her website FeliciaFredlund.com, and join her newsletter for up-to-date information about all her books.

And don’t forget to grab the Eclectica Bundle while you can to read “Dear Brother” and many other tales!