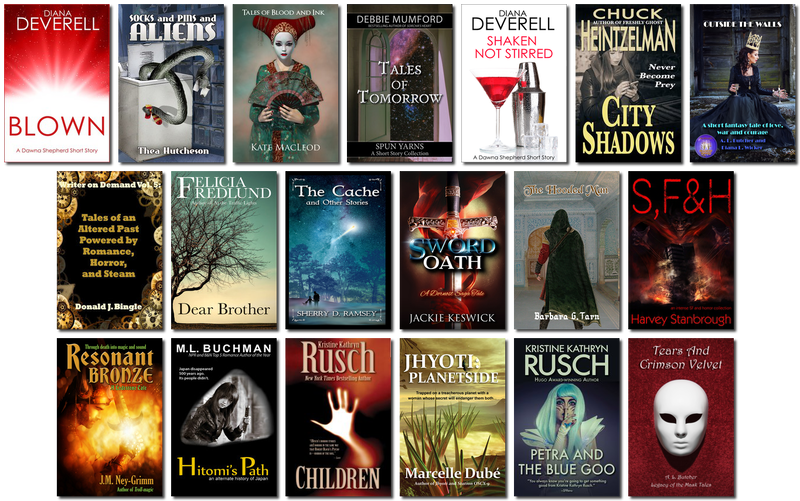 Welcome back, everyone! Today I’m welcoming Thea Hutcheson, one of the authors from BundleRabbit’s Eclectica Bundle, to the blog for a chat.

Sherry: Hi, Thea, and welcome! To start, please tell us a little about the story/book you have in Eclectica. 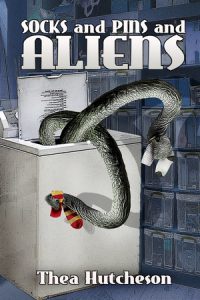 Thea: When Megan moves into her new house, things begin to disappear. Weird things like socks, and decorative pins, and a cheap class ring. Things she just saw recently and don’t have a lot of value, but she misses them all the same. She can’t decide whether to blame it on her cheating ex or a klepto ghost. When her best friend sends a geeky ghost hunter her way, Megan finds a new chance for romance and something she never expected in her wildest dreams.

Sherry: That sounds like a lot of fun (and I love that cover)! What’s your current writing project? How do you feel about it right this minute?

Thea: My current WiP is a lesbian urban fairy tale. I love fairy tales. I love to play with them. This one is the second in a series. It is based on the Crystal Orb, the story of a young man, part of triplets whose mother went mad and thought they were trying to steal her power. She had banished two of them and the third got away. He goes on an adventure, meets, giants, acquires a magic hat that takes him anywhere he wants and meets an enchanted princess.

In my story the boy who gets away is a teenage girl and she spends the next thirteen years trying to find a spell to cure her mother’s madness and break the banishing spell that keeps her from her brothers. There’s magic and love and more magic in it.

Sherry: Do you remember what sparked the idea for your story/book in this bundle? What was it?

Thea: I wrote a story a long time ago as an answer to a fellow writer’s claim that no one could make a story about laundry interesting. I flipped the idea and flapped silly thing about, and it became “Fishing”, a story postulating one idea about what happens to the socks in the laundry. It was also my very first professional SF sale. Jim Baen’s Universe published it and then included it in the first Best of Jim Baen’s Universe.

So, I thought it was time to flip that story again and look at it from the other side and came up with “Sock and Pins and Aliens”.

I will have you know, I never lose socks in the laundry anymore as I use these super fancy clips to keep them together. Except that there was this one pair I really like, lacy and slinky, that I never did find after I put them in the washing machine.

Sherry: I also love writing stories in answer to a challenge. :)  And I’m always fascinated by where we get our ideas. Do you remember what sparked the idea for another of your stories? 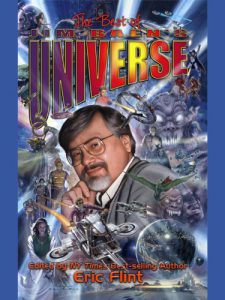 Thea: Oliver Sacks was a great neurologist and a super cool dude. He wrote a ton of books that, among other things, were full of fascinating anecdotes about people with brain diseases and injuries. He was a wonderful speaker and a frequent guest on Science Friday on NPR. One time, right before he died of cancer (I think or at least they aired it before he died), he told this marvelous story about tripping on acid when he was younger. He was sitting on the floor of his apartment facing a blank wall. “Show me indigo,” he commanded his tripping self. And it appeared on the wall.

After that episode, I wondered what it would be like to have that blob of indigo show up and then walk through it. Where would it lead? That became the kernel of “Seeing Indigo”. I always call it my homage to Oliver Sacks story, even though the only part that relates is the color indigo. But I loved him and I like to think he would have approved.

Sherry: What’s the most perfect short story you’ve ever read?

Thea: There was this story by Kit Reed. I looked for it online, but couldn’t find the collection it was in. It was a perfect set up story. She always had such a wicked sense of humor and timing. I think it was called The Nest. I loved her work. Also, anything by Robert Sheckley. He is wickedly sharp. I wish I could do wicked sharp. Or “At the Rialto” by Connie Willis. I adore her sense of humor and I love to talk politics with her. She is just about the most well-read human I know.

Sherry: I adore Connie Willis!  I wish I could write with the fun and complexity of her humorous stories, and the depth of character of tales like Blackout and All Clear.

So speaking of interactions with other writers, do you belong to any writer’s groups or communities? Do you think these types of social interactions are important for writers?

Thea: I belong to Rocky Mountain Fiction Writers and a couple of critique groups. I have a lot of writer friends. I think they are critical. Look, we spend hours in a room by ourselves, making shit up. Our writer friends can help us improve that shit and understand what we go through to get to that golden shit. Plus, they understand, or at least overlook, those weird little foibles we have.

Sherry: Agreed! I treasure my writer friends. Looking back even further, do you think there were early influences as a reader that have guided the stories you create as a writer? What were they?

Thea: Oh, Andre Norton for sure. I loved her books. The librarians would hold them for me and give me a new stack when I came each week. I collected them for a long time. Mary Stewart was another. I loved her books. Danny Dunn books too. I never cared that he was a boy. I took the message that I could do all that stuff myself and so my characters do, too.

Sherry: Do you prefer music, silence, or some other noise in the background when you write? If music, what kind?

Thea: Music. I love music, especially love songs when I work. I am especially into Yacht Rock on Amazon Music right now. Great station. Blast from the past and all that.

Sherry: I’m always interested in other writers’ workspaces, too. Do you keep a tidy desk/workspace, or a messy one? Do you think one or the other helps your creativity?

Thea: I have a sign in my office that says, “Tidy people don’t make the kinds of discoveries I do.” I think that says it well.

Sherry: I know what you mean. When I tidy up, I take a picture so I can remember what it looked like. ;) Apart from keeping a messy desk, do you have any writing “rituals”? What are they (if you’re willing to share)? 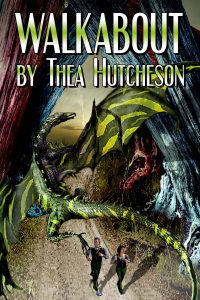 Thea: I use The War of Art by Steven Pressfield like an AA Big Book, opening it at random now to get a reminder of how creative people combat Resistance.

Sherry: Great idea! So one more question: many writers also put their creativity to use in ways other than writing. Do you consider yourself a “creative person?” What other creative outlets do you have?

Thea: I am creative. I love to fool around with recycled materials. I make petroglyphs from rocks that I get on road trips. My boyfriend is so well trained that he just pulls over now when there are interesting rocks on the side of the road. I often grind up the rocks and mix them with glue and use them to fill in the lines in the petroglyphs. Beautiful stuff, even if I do say so myself.

Sherry: Thea, thanks so much for stopping by to chat; this was fun.

Thea Hutcheson explores far away lands full of magic and science with one hand holding hope and the other full of wonder.  Lois Tilton of Locus called her work “sensual, fertile, with seed quickening on every page. Well done…” Her work has appeared in such places as Hot Blood XI, Fatal Attractions, M-Brane Issue 12, Baen’s Universe Issue 4, Vol. 1, the Beauty and the Beast Issue of The Enchanted Conversation, Realms of Fantasy’s 100th issue, and Fiction River’s Recycled Pulp anthology.  September 2016 will see her latest story, “Hoarding” appear in Fiction River’s Haunted anthology. She lives in an economically depressed, unscenic, nearly historic small city in Colorado with four semi-feral cats, 1000 books, and an understanding partner.  She’s a factotum when she’s filling the time between bouts at the computer. You can find Thea online at her website, theahutcheson.com on Twitter, and on Facebook.