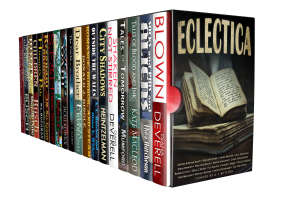 Sherry: For today’s interview, we’re back to the Eclectica Bundle from BundleRabbit. Joining us this time is Donald J. Bingle, whose collection of four steampunk stories appears in the bundle. Welcome Don! Tell us a little about your contribution to this bundle. 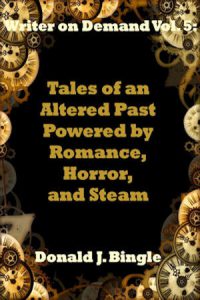 Donald: I’ve written more than fifty published stories over the years, many of them for themed anthologies by DAW or other companies. Since I write in multiple genres, once rights revert I publish the stories in small groups by genre or setting. These are all steampunk or historical fiction pieces.

Sherry: I see one of them appeared in Mike Stackpole’s Chain Story project; I was part of that fun project, too! You’re very prolific, so you should have lots to choose from for my next question: imagine you’ve been kidnapped or trapped by a natural disaster. Which of your own characters (from any work) would you want to rescue you? Why?

Donald: Dick Thornby, the main character in my spy novels series. Dick is a practical, no-nonsense guy, who does whatever needs to be done to accomplish the task.

Sherry: Do you remember what sparked the idea for any of your stories in this bundle? What was it?

Donald: My collection has four stories, so I’ll just talk about the first one, “Dashed Hopes.” When I was asked to contribute to a steampunk romance, I remembered a conversation I had with a client in the mining business. They have a gold mine on Admiralty Island in Alaska, which they said I could visit. Since I have phobias about both suffocation and freezing, I asked how much above sea level the mine workings were. They gave me an odd look and said the mines were well below sea level and that the English had been mining coal under the North Sea for well over a hundred years. That gave me a setting for my romantic adventure and an idea for a steampunk invention.

Donald: Not sure it was my first, but I still have an old story about sunflowers worshipping their god by turning their heads to follow his arc across the sky each day. The potential sentience of plants comes up from time to time in stuff I writer—mostly as a joke, but you can never tell. 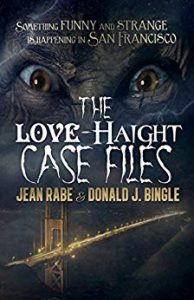 Sherry: As someone with a long publishing history, have you had to deal with bad reviews? How do you manage them?

Donald: Like many writers I am more frustrated by a lack of reviews than by what people say in their reviews. One thing that irks me is when people assume things about me, my likes or dislikes, or my politics based on a story. Even though I am a big-time gamer (board games, card games, railroad games, and role-playing games) one reviewer said one of my stories proved I hated games and gamers. Nah, that story was simply written to fit the theme of the anthology it was originally written for.

Sherry: You mentioned the idea of plant sentience earlier; are there other themes that keep coming up in your work? If so, is it intentional, or something that just happens?

Donald: Recurring themes in my work include the nature of reality, causation/unintended consequences (everything is more complicated than most people imagine), time/time travel, and dark humor. Since I control my writing and my characters (I hate it when people say their characters just do what they want to), I guess it must be intentional. 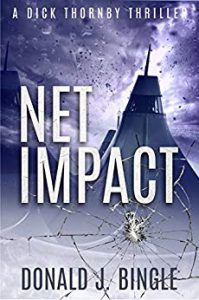 Sherry: Tell us about your other works, projects, publications, and what’s on the horizon next. This is the shameless self-promotion portion of the interview. :)

Donald: I have two books in my spy thriller series: Net Impact and Wet Work. If sales warrant, I’ll write a third (Flash Drive). If not, I’ve got plenty of other things I can write instead, from other novels to short fiction to screenplays to ghostwriting work. A Writer on Demand (TM) adapts to what the market wants.

Sherry: Donald, thanks so much for dropping by to talk about your work! I’m looking forward to your tales in the bundle.

And don’t forget to pick up the Eclectica Bundle for Don’s stories and more!