Sherry: Hi Barbara, and thanks for chatting with us today! To get things started, please tell us a little about the story/book you have in the Eclectica bundle. 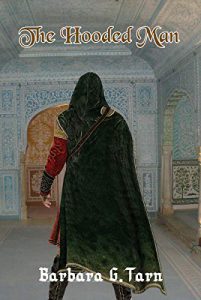 Barbara: The Hooded Man is set in my fantasy world of Silvery Earth, in the southern kingdoms inspired by India and Persia. There isn’t much magic, since at this time the Magical Races are hiding from Humans. This novella won Honorable Mention at Writers of the Future Contest and is now being produced as audio book as well.

Sherry: Wow, very exciting! So with that in the works, what’s your current writing project? How do you feel about it right this minute?

Barbara: I have dived back into the Star Minds Lone Wolves Team missions and I had to reread the books because the first fifteen missions were written last summer, so I needed a reminder of where my characters were at. I still love them and plan another fifteen stories. And another short novel about another Lone Wolf that came up to mind while I thought about them.

Sherry: Sounds like that’s going to keep you busy for a while! Do you remember what sparked the idea for your story in Eclectica bundle?

Barbara: It’s my version of Zorro (he leaves the sign of the Goddess Zindagi, so theoretically a Z), but set in India instead of South America, so to speak. He goes back to his hometown after thirteen years in the hope of getting his childhood love and finds an evil governor at the helm – and of course the bad guy wants his ladylove too…

Sherry: Have you written any series characters? What’s their appeal for you?

Barbara: The only series of short stories is Star Minds Lone Wolves Team. I wrote the (short) novels first, exploring the characters (Adventurer, Pilot, Hacker, Thief, Mercenary and Freelance), and at the end of Hacker they decide to form a team of mercenaries. Some of their jobs are incorporated in the novels (Thief and Mercenary), others in the Shorts connected to them. I love the Youngsters (Icy Aya, her ex Jes-syd, Shanell) and mostly their “leader” Hariel, who also gave me an idea for the umpteenth Lone Wolf. Then there’s Cherry and now, in the second batch of missions, we have two new members, Cyrus and L’ill’oreta… just love those guys, but they’ll end up in couples, so wouldn’t be considered lone wolves anymore, right? 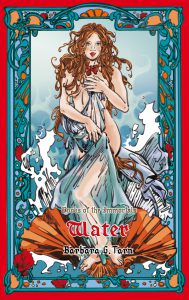 Barbara: Oh yeah. “The Glass World,” summer of 1978. It was even illustrated by yours truly, handwritten on a yellow notebook. I recycled it in two of my fantasy novels.  I tried to keep the style through the translation. Half is in Chronicles of the Varian Empire ・ The Spell, the other half is in Books of the Immortals ・ Water.

Sherry: I always say nothing we write is ever really wasted. :) Are there certain themes that keep coming up in your work? If so, is it intentional, or something that just happens?

Barbara: Most of my protagonists are from the 4 “O” against society (something I learned at a panel at a Screenwriting Expo), usually either Outsiders or Outcasts – which is how I feel most of the time – sometimes Outlaws and rarely Others. For a clearer definition of the 4 “O”:

Outsider is his own worst enemy, he can’t get back into society unless he is able to change.

Outcast recognizes that his skills carry a price and he cannot live in the embrace of society, so he stays out of it.

Outlaw is outside of the law and all society, doesn’t care what society says and follows his own terms, rules and laws.

Other is the society destroyer, thinks himself as a world-saver ・ the world is corrupted, and he wants to make a new one.

I think it’s intentional, since I do feel an outsider on this planet! :)

Barbara: Pantser. I outline only when I write in a historical frame, then I need to keep the dates of historical events straight, LOL!

Sherry: Pantsers unite! I dabble in outlining, but only when I really have to! :) Now, I’ve found that many writers also put their creativity to use in ways other than writing. Do you consider yourself a “creative person?” What other creative outlets do you have?

Barbara: Drawing! I’m a professional writer and a hobbyist artist! To relax I do color pencil portraits of celebrities (currently Bollywood star Hrithik Roshan, previously Keanu Reeves, a.k.a. Da Muses), I’ve done a graphic novel for Silvery Earth and I’ve started a strip/web comic but I’m still trying to figure out where to post it.

Sherry: That’s something else we have in common–I love working in colored pencil, although I haven’t done it in a while. So to close out our chat, tell us about your other works, projects, publications, and what’s on the horizon next. This is the shameless self-promotion portion of the interview. :) 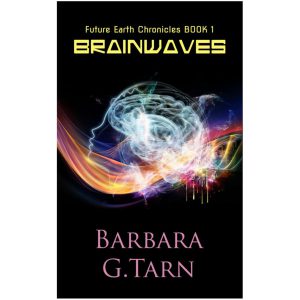 Barbara: I have four main series and a few standalone. Silvery Earth is made of standalone books that cover 500 years of its history, more or less. Star Minds is a science fantasy saga, now in its third generation. Vampires Through the Centuries is historical fantasy and it’s now merging with Future Earth Chronicles, since who else can survive the apocalypse of the Western Civilization better than vampires? It’s mostly SFF, but there are some contemporary stories in the standalone section…

Sherry: Thanks so much for taking the time to talk to me today, Barbara! I can’t wait to dive into this bundle. :)

Barbara G. Tarn had an intense life in the Middle Ages that stuck to her through the centuries. She prefers swords to guns, long gowns to mini-skirts, and even though she buried the warrior woman, she deplores the death of knights in shining chainmail. She likes to think her condo apartment is a medieval castle, unfortunately lacking a dungeon to throw noisy neighbors and naughty colleagues in. She’s a writer, sometimes artist, mostly a world-creator and story-teller. Two of her stories received an Honorable Mention at the Writers of the Future contest. One of her stories has been published in Pulphouse Magazine #5 (March  2019). She writes, draws, ignores her day job and blogs at: http://creativebarbwire.wordpress.com. You can also find her titles and visit her author page at Amazon Author Central to learn more.

And don’t forget to pick up the Eclectica Bundle for Barb’s story and more great reading!