It’s Star Wars day, so May the 4th be with you! I’m wearing my Rebel Snoopy t-shirt as I write this, so rest assured, the Force is strong in my office today.

Camp NaNoWriMo finished up on Monday of this week, and although I had to rock out more than 5k words on the last day to make my goal on time, I did it! I wrote an entire new middle-grade science fiction novel during April, which was pretty cool since I didn’t even have the idea until a few days into the month. Now it’s complete and in editing, so expect to hear lots more about that really soon! Although I claim to like the flexibility and reduced pressure of Camp NaNo, I still couldn’t allow myself to *not* reach the goal I’d set. Guess I have to work on that…or maybe not, since it meant I finished the book.

I took a day off writing once I typed “The End” on that novel, and spent it trying to clean up the house, which of course had suffered a great deal of neglect during April. I managed to put away some winter stuff and clean up the kitchen and bathroom, so I guess that was a good start? The rest will follow as it follows.

I made a spiffy animated version of the new cover for The Murder Prophet, which I began revealing this week. The animation doesn’t seem to be showing up here, sadly (because it’s really cool!), but you might catch it on Facebook or Twitter. Or I might get it working yet…but I mustn’t get distracted from the editing I want to get done today. I let myself have some play time to create it, but I mustn’t go on tweaking it forever. That way lies…not getting anything else done.

In word metrics, I wrote about 42k words in April, spread over two novels and some non-fiction. That was almost twice as much as the first three months of the year combined, so I’m pleased with that. My goal for this month is to come close to April’s count across two other projects. I guess I’ll report on that at the beginning of June!

The Olympia Investigations specials are still on, so if you haven’t grabbed the free story or the sale, or the new release yet, what are you waiting for? (Oh yeah, I made this cool splash graphic today, too. Maybe too much play time?) 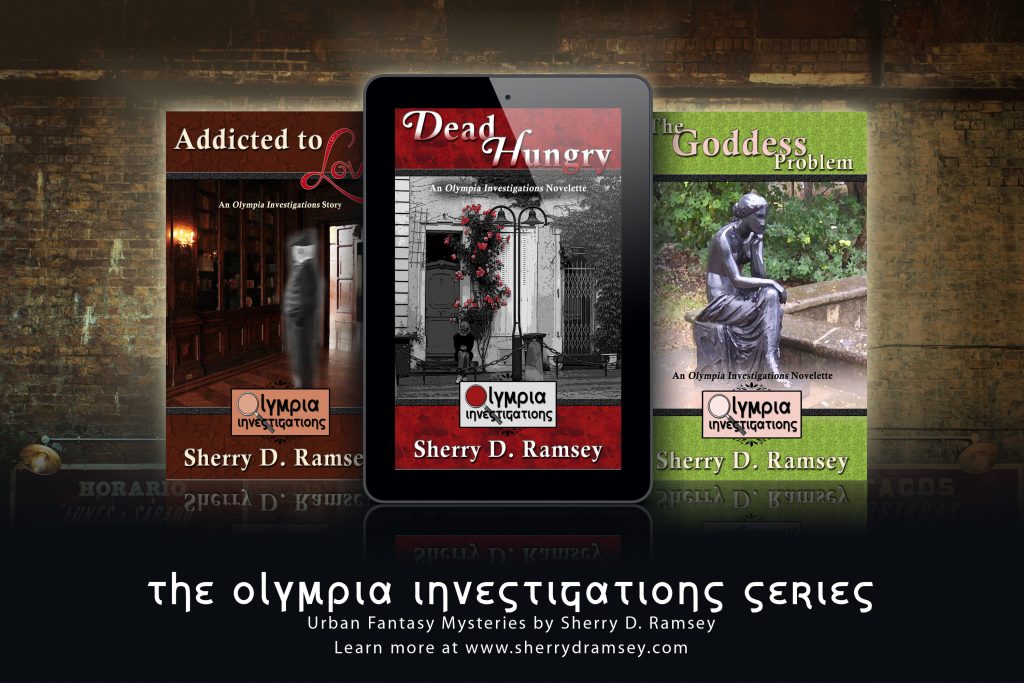