Cover Reveal: Beyond the Sentinel Stars

I’m super excited to reveal the cover for Beyond the Sentinel Stars, coming in December from Tyche Books! This is the third book in the Nearspace series, and you’ll find all the characters you love onstage again. The art is once again by Ashley Walters, who did a wonderful job of setting the scene for this novel. Luta and Lanar really look like brother and sister to me!

Oh yes, I should probably actually show you? Here you go: 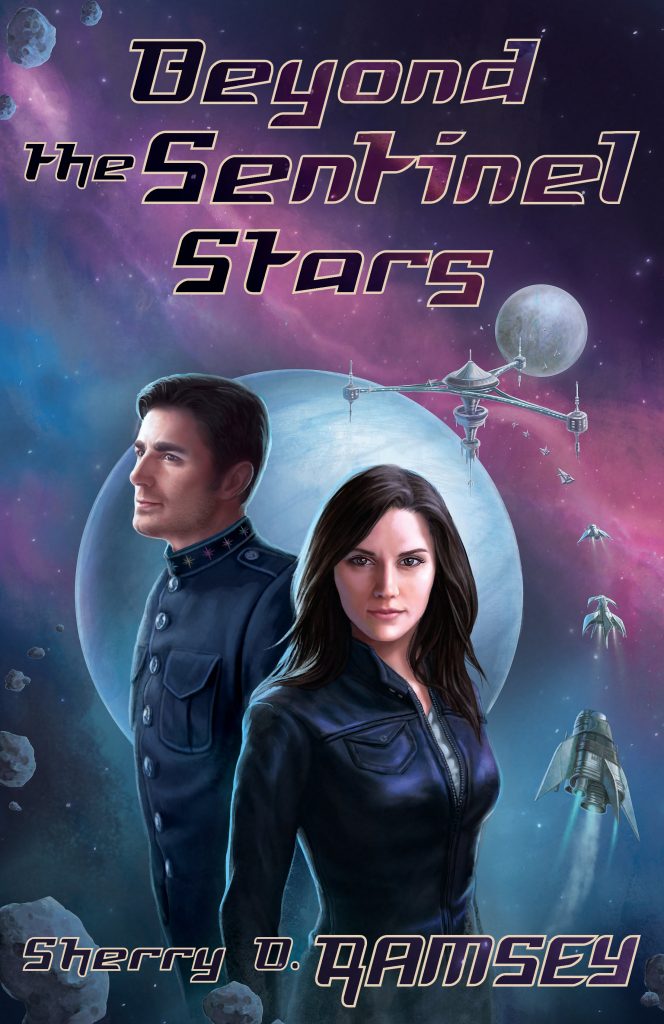 Luta Paixon and the crew of the Tane Ikai have made it back to Nearspace safely, but that safety is short-lived. As if a disastrous diplomatic mission to the crow-like Corvids isn’t enough, Luta’s old enemy Alin Sedmamin is back—and asking Luta to help save his life. In exchange, Sedmamin is offering secrets stretching back more than a century into Nearspace’s past—secrets that could prevent a war.

Meanwhile, Luta’s brother Admiral Lanar Mahane is faced with an awful truth: the Protectorate is spread too thinly across Nearspace to offer adequate protection or defense when the aggressive Chron turn their murderous sights on Nearspace again. They must forge new alliances if Nearspace is to survive, but it’s almost impossible to know who to trust.

As interstellar conflict looms on the horizon and a political plot of tremendous scope and daring threatens to destroy Nearspace from within, Luta and Lanar will test the bonds of family and the strength of hope as they struggle to maintain peace in a world that seems destined for war.

It looks like the official release date will be December 19th, but you can pre-order now at Amazon,  Kobo, and Amazon Canada.