Well, yes, on the East Coast of Canada, we certainly get more than two weeks of winter. Winter meanders in sometime mid-November, hunkers down, and usually has to be forcibly evicted sometime in May. Occasionally it will pack its bags in April, if we’re really lucky.

But the past two weeks have been…worse than usual. Last week my high-school-aged son had three snow days…this week he’s had four. He’s not complaining, and I’ll admit it–I’ve enjoyed being able to sleep later than usual. But–wow. I’m not sure what the two-week accumulation has been, but in one day we had 70+ cm (that’s around 28 inches for my non-metric friends), so you can imagine that the two-week total is considerable. My office window sits at ground level, and it’s a good thing I have an OTT Light on my desk, because sunshine’s been in short supply. 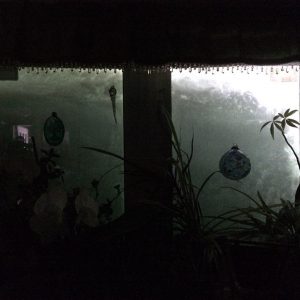 My office window on Valentine’s Day. Not much light creeping through that snow drift!

We had more last night, although a mere few centimetres. And the forecast for the next few days…only flurries!

I’ll believe it when I see it.