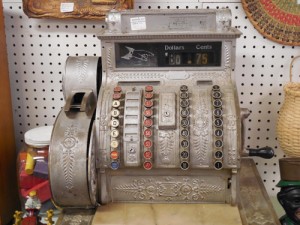 Marketing is not my strong suit. I find it difficult to push my self or my work too hard, I don’t like repetitive blast marketing, and I never seem to be able to come up with creative and interesting ways to work in a plug for something while not really making it seem like marketing. However, it seems I’ve been doing a lot of marketing and promotional stuff lately. This week was no different. I spent a fair portion of my desk time working on social media and promotional things. Which is, of course, a good thing. It means I have stuff happening, I’m involved in things–some really cool things, actually, and I’m excited about them. But it’s also not my favorite thing about the writing business.

In between all of that, I did manage to get some writing in–in fact, I had one glorious day on the novel draft where I really made some good progress. It’s still a slow climb, though, and I wish I could recapture some of the momentum that took me through November. At least now I’m writing every day, so the end of the draft draws ever closer. I also finished a draft of one new story and am getting close with another one. Too many projects at once? I don’t think so. Any more would probably be non-productive, but juggling a few is often a good thing for me.

I had a wonderful school visit and met some lovely kids. We had fun coming up with characters and story ideas, and they asked some really great questions. A good day all around.

Oh my, I listened to an audiobook* this week and, although I listened all the way through, the characters really started to annoy me as the book progressed. They were all so perfectly perfect! Everyone good-looking, with fascinating jobs, wonderful relationships, and personalities all sweetness and light. The only cranky person in the story–got murdered. It was fun and light at first, but after a while it was just too much to swallow. I hope my characters are never this perfect. I do tend to write nice people–because that’s who I’d rather spend time with, when all is said and done–but I try not to make them candidates for sainthood.

while back, I began using Habitica to try and stay organized and on track. It’s basically a gamification of your to-do list and habits, and I have to say it’s working pretty well for me. Yes, that’s my avatar, now level 33 and riding a freaking red dragon mount!  Apparently I can be organized, I just have to have the right motivation.

If you’re following this blog, you know the things I’ve been promoting of late: the Rogues bundle from Tyche Books, the Middlings bundle from BundleRabbit, and now an upcoming Facebook chat next week with a couple of other Dreaming Robot authors. One good thing about all of these is that they’ve given me more opportunities to experiment with SocialResponseApp, which I’ve been beta-testing. Developed right here in Cape Breton, it’s a very useful and intuitive app for helping schedule your Twitter promos. I like real-time and real interactions on Twitter, but there are some things that I also like to set once and let run for a little while. I find this app perfect for that. If you think this sounds like something you could use, you can sign up for early access here.

In between other things I seem to have a lot of sewing projects in the queue right now. Over the next few weeks I’ll try to share some pics of the finished projects. At least, I hope they’ll be finished. Because right now they’re taking over my sewing room.

Review: X
Stuck in the Middle with Who?