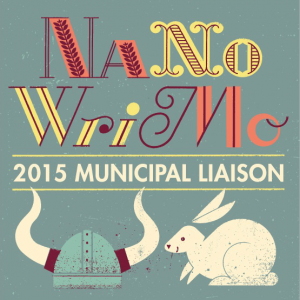 This week’s desk report could be summed up thusly: NaNoWriMo.

But I won’t be quite that brief. Yes, we’re off and running in another November word marathon. This year I have some extra goals on the board–write an extra thousand or so words a day, and get to “The End” by the end of the month. So far…not bad. I did wake up this morning (Day 6) realizing how the novel should have started, which was, fortunately, not horribly different from the way it did. Some tweaking needed, and handling a certain situation with a changed twist.

Now, the first rule of NaNoWriMo (or at least one of the prime directives) is keep going, and don’t look back. I generally adhere to this guideline pretty closely, but since these changes will impact scenes I’m about to write, I decided to go back and make them. And I think this is the correct decision in this case. I might be a little further behind than I would have been otherwise, but going on from here should be smoother.

Apart from that, I’ve done little else writing-related this week, and that trend is likely to continue. I did have to take some time yesterday to add details to my world’s timeline, and to find some deck plans for starships (one very nice resource at this link). And we have four writers in the house this month (that’s everyone except the dogs), so we’ll all likely be thin, malnourished, and dressed in unwashed rags by month’s end. Glamorous writing life, indeed. Best thing that happened in the novel so far: a character unexpectedly (for me) punched out another character. The guy deserved it, but I didn’t realize my character would react that way.

If you’d like to connect over at the NaNoWriMo site, find me as wordsmith. One very cool thing that happened this week was that I rolled the counter on my lifetime NNWM word count over 700,000 words. The lifetime counter is a new feature on the site this year, and if you’ve been diligent with your tracking you can get a pretty accurate number. 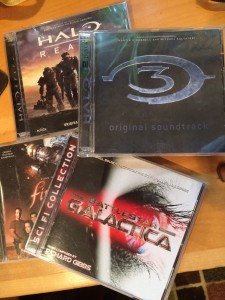 Writing soundtracks so far this month (some of my favs):