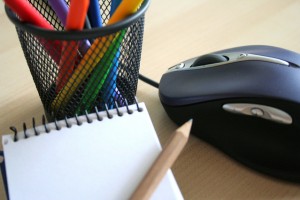 So I had this idea to write a sort of weekly roundup/review post, and call it the Friday Desk Report. I envision it as sort of a brief review of the week’s projects, word metrics, links, and anything else notable that happened during the week. As much for myself as for anyone else, I suppose, but it could turn out to be interesting.

Will I be able to keep it up? Only the future will tell. Traditionally, I’m not so good with consistency, but it’s possible I’m improving with age. Come on, it’s possible.

So, what do I have to report? This week I did the most sustained new writing I’ve done since my mom passed away at the end of August. Still not a lot of new words, but it felt good to work like that again. I worked on a short story I’m writing about giant monsters who have laid waste to much of the continent and now threaten my protagonist’s small Nova Scotia farm.

I also worked on a book trailer for The Seventh Crow, and I’m pretty happy with how it turned out. I’m waiting on a couple of images I need to replace some placeholders, and then I’ll be uploading it to share. Should be available sometime next week.

I wrote a book review I’d promised, and drafted a guest blog post I have to turn in by the 15th, so I’m well ahead on that. I also put together a new outline template for Scrivener and began using it to work on The Chaos Assassin, and this morning I sent out a short story submission.

I read far too much on Facebook about the upcoming federal election and decided I need to stop worrying about it and being disappointed in people. It’s far too negative. All I can do now is cast my own vote and encourage others to do so, and hope, hope, hope for better things to come. 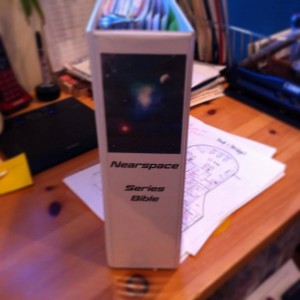 Today I’m working on my Nearspace series bible, in preparation for NaNoWriMo and the novel I’m planning to work on in November. I already had such a thing but it was NOT well-organized or complete. I found this video from Kami Garcia to be quite inspiring in this regard and look how well it’s coming along!

In other Nearspace news, I also put up another free Nearspace story on this site today, which you can find here. It’s a peek into Nearspace and the first contact story between humans and Lobors, before wormhole travel was possible.

Some cool things from the internet this week:

Okay, I’m impressed. That’s a pretty good report! So back to today’s project…