Cover Reveal: Dark Beneath the Moon

I’m thrilled today to reveal the cover for Dark Beneath the Moon, coming in September from Tyche Books. This book is a sequel to One’s Aspect to the Sun, and you’ll find many of the same characters returning to the story. The art is once again by Ashley Walters, who did an amazing job again this time around.

Oh,  you actually want to SEE it? Here you go: 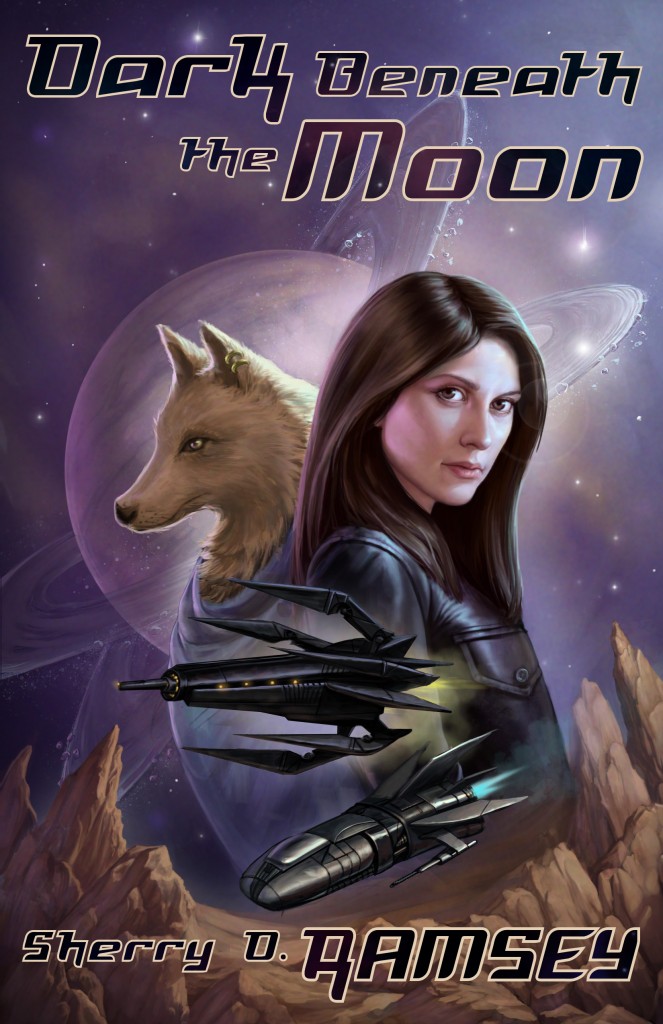 Ohmigosh, isn’t it amazing? If you’ve read One’s Aspect to the Sun or the free Nearspace story on this site, you’ve heard mention of a wolf-like alien race called “Lobors.” Yes, that’s one of them on the cover with Luta, and she’s pretty important in this story.

What’s the book about? Here’s a glimpse:

Luta Paixon has plenty of trouble on the Tane Ikai, with relationships in flux and the sticky problem of two captains on one ship. But when an alien artifact, the remnant of a long-ago war, shows up on the other side of a newly-discovered wormhole, the crew also find themselves pressed into the service of the Nearspace Protectorate. The Tane Ikai‘s task: covertly deliver an alien historian to the site to decipher its meaning–and possible threat.

Jahelia Sord is a woman with a grudge against the world, and against Luta Paixon and her family in particular. She has her own secrets to guard, and an alliance with the notorious PrimeCorp–one she’ll keep only as long as it suits her own hunt for vengeance.

When a mysterious attack leaves them stranded in an uncharted new system, Luta, her crew, and Jahelia must try to put their differences aside and decide who to trust, while they uncover a shocking truth about the Chron war and what their old enemies are so afraid of…

Dark Beneath the Moon is set to launch this September at CaperCon. I know I’m excited! :)