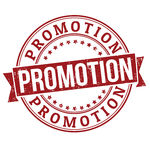 Here’s the third in this five-part series of posts about the obstacles I see fellow self-publishers still throwing up in front of their potential readers. Today, it’s all about promotion.

This is for books I might find out about online, for example on Facebook, Twitter, or other social media. Well, obviously, if you’re not doing this sort of promotion, I’m not likely to hear about your book at all. There’s a slight chance that if it’s in a particular genre niche that I enjoy, I might discover it if I’m browsing that section. But the odds on that are slim, at best. Do you really want to leave it to chance?

1. No Promotion. I heard an author complain the other day that sales of a recent title had dropped off completely. So on a whim, I went looking for the book. I had to search around on the author’s site a bit to even discover the title. I found it on Amazon—but it had no reviews. I found it on Goodreads—again, no ratings or reviews, and the author has not set him/herself up as a Goodreads Author. I looked back over the last week of the author’s Twitter feed—no mention of the book. Granted, I don’t know what other promotional avenues this author has tried. But apparently he or she has not made an effort to get some reviews—not even from friends or colleagues—and is not actively promoting it on Twitter or the website. These are pretty basic promotional efforts, folks. No wonder it’s not selling. Remember, readers have to find out about your book before they can read it.

2. Over-Promotion. The other side of the problem, of course, is those authors who over-promote. To use another Twitter example, when I’m deciding whether or not to follow a writer, I look at their recent Twitter feed. If I see five or more promotional tweets in a row for the same book, I generally don’t follow. I know that I’ll only be annoyed when the same same same tweet keeps showing up in my feed, and there’s no chance I’ll go check out that book. Which is too bad, because sparingly-used tweets can serve as a gentle reminder about books that look interesting to me. There’s a good chance I will at least go to the book’s page at Amazon or elsewhere and see what the cover and blurb look like. But flood me with promos and you turn me off.

3. Bad Promotion. This is what I call shoot-yourself-in-the-foot promotion. This is another thing that makes me sad. The writer who posts an unedited (or poorly-edited) chapter of a novel on Wattpad or a blog to “generate interest.” The writer who shares a sentence, rife with spelling mistakes and grammatical errors, on Twitter. These efforts to create interest in the work actually have the opposite effect. They say “Stay away, bad writing ahead.” I’m not saying you have to post only letter-perfect material in every Tweet or Facebook update. But be sure that what you’re sharing is as good as you obviously think it is, or you’re only harming your reputation as a writer.

I know, I know. There are famous authors who share their first drafts, chapter-by-chapter sometimes. But keep in mind that by the time they get to the point of being well-known, these authors are writing pretty good first drafts. They have experience being edited. They likely have considerable editing experience themselves. Writing is a craft where, if you are constantly trying to improve, you do improve with practice. They can do it. Maybe you shouldn’t.

Admittedly, promotion is a delicate balance. The keys, especially in social media, seem to be diversity (using many different vectors), and a consistent message that doesn’t become overwhelming.

Also, be sure you’ve overcome obstacles #1 and #2 before you move on to promotion. When I see a paid ad for a book with a terrible cover, I feel sad again. You’ve actually paid to alienate me from your book.

Two more obstacles left! Be sure to come back tomorrow for Part 4!