It’s cover reveal day for my forthcoming urban fantasy/mystery novel, The Murder Prophet! I’m excited to share the cover with you all.

First, though, in case you missed it, the answer to that all-important question, what’s it about?

Kit Stablefield is a detective with a secret and a crush on a guy she knows only online, in a future where magic is a part of everyday life. But when millionaire Aleshu Coro walks into the offices of Darcko and Sadatake with a message from the Murder Prophet and fourteen days to live, everything changes.

Suddenly Kit is questioning the decisions of her past, trying to find out if the man she loves is, in fact, a man, and hunting for a murderer and a mysterious seer. With her eighty-six-year-old grandmother insisting on helping out, and a sentient goose who simply won’t stop pestering her to watch his “killer” video game moves, Kit has more than her hands full as she races against the clock to prevent Coro’s murder…and possibly her own.

The second-most-important question you’ll be asking, of course, is will I like it? That’s more difficult for me to answer, but I’ll try by making some if-you-liked comparisons. (Disclaimer-I’m not saying it’s really like any of these books, and I’m not comparing myself to these authors! But…) If you liked Janet Evanovich’s Lizzy & Diesel books, or Laura Resnick’s Esther Diamond books, or other urban fantasy/mystery/humour/romance mashups, there’s a good chance you’ll like The Murder Prophet.

And as promised — here’s the cover! 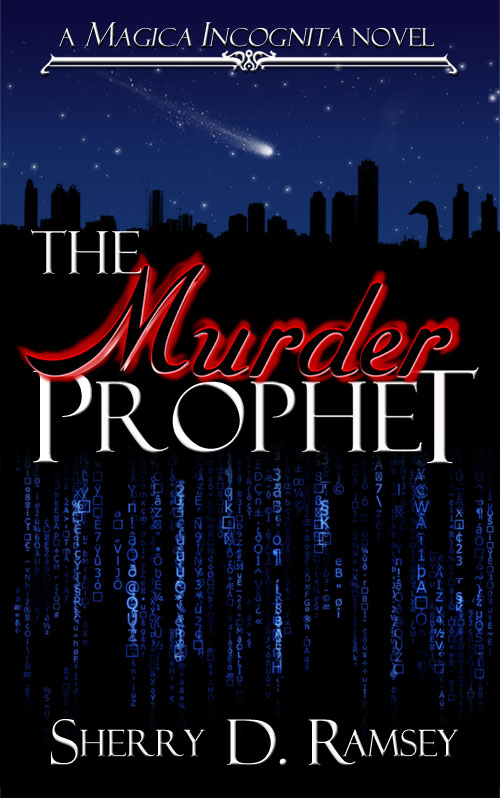 Now, in a previous post, I’d promised a contest. I will have a BUNCH of e-ARCs (advance reading copies in ebook formats) of The Murder Prophet to GIVE AWAY to interested readers. My only request will be that if you read and enjoy the book, you try to leave an honest review for it somewhere online. That’s it! Sometime in the next week or so I’ll be posting the actual contest and how to enter to get your own copy before almost anyone else. :) So stay tuned!

Review: Finnikin of the Rock
The Murder Prophet Blurb