What Do You Want? 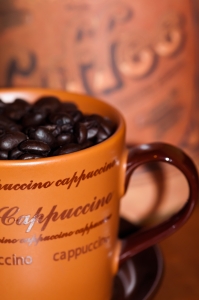 Not all goals are this simple.

I’ve been struggling with a particular character in this novel rewrite, and her motivations. I think she deserves a bigger place in the story than she has now, but I can’t really figure out what she wants. It’s driving me kind of crazy.

One of the points K.M. Weiland makes in Structuring Your Novel: Essential Keys for Writing an Outstanding Story, is the importance of knowing your characters’ goals early on. This makes sense, of course, since it is goals that mainly drive all character actions and reactions. I’ve felt that I really needed to know this character’s motivations and goals before I could go any further, but she was stonewalling me.

However, I’ve come to the conclusion that maybe that’s not actually the problem. I think maybe this character doesn’t really know what she wants, or how she feels about my main character. That would actually make a lot of sense in the context of their history (or more accurately, their non-history). And it also explains why I can’t figure out what she wants or how she feels–she doesn’t know either. She is curious, she thinks she dislikes the main character…but that’s all she really knows. It’s going to take a while for her to figure things out for herself, and figure out what she wants to do with that negative energy.

In our daily lives, we’re frequently conflicted about our feelings, especially toward other people. Often we are not really sure how we feel about someone until we’ve had some interaction with them. We’re all set to like or dislike them based on external factors or things we’ve heard from someone else…and we’re thrown off-balance when the interaction doesn’t meet with our expectations, for good or bad.

So I’m thinking maybe this is not a bad thing with regard to this character. I think we’re going to make this journey together, she and I, and we’ll see how we feel at the end of the story. It should be interesting.

Review: Death in the 12th House: Where Neptune Rules
Win an Ebook!