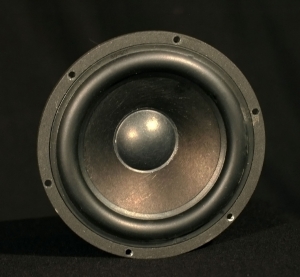 This morning I sent out a tweet about the fact that my novel, One’s Aspect to the Sun, is on the eligibility list for novels for this year’s Prix Aurora Awards. This–the tweeting, that is–should not be a big deal. (Being eligible is absolutely a big deal, for me! It’s my first novel, after all.)

And yet, mentioning it was not the easiest thing to do. I’ve actually never encountered any blowback for promoting my self or my writing (or publishing with Third Person Press), but I’ve read several articles online by writers (women in particular) who have drawn negative and accusatory comments for doing such a thing. I hesitated a day or two before I said anything about it online.

I, like these women and many other folks, am uncertain why this should be. (And I’m not even going to get into the reasons why women seem to suffer the slings and arrows more than men; that’s been addressed far more eloquently than I probably could, like here.) So while it’s not easy for me to self-promote, I guess because I’m simply of a modest personality, there’s no getting around the fact that I want folks to read (and hopefully enjoy) my work. Almost any writer will admit to this desire, and those who won’t–well, I don’t buy it. Unless you’re writing solely in journals that never see the light of day, or in files that never go further than your hard drive, you’re writing to share something with…um…readers.

Awards and accolades are certainly nice to get, although the entire idea of awards these days seems to stir up a lot of disagreement and accusation and really a lot more negative energy than I think they are worth. But the plain fact of it is that being nominated for, or winning, awards, brings a work to the attention of more people. Who might then buy it. Who will hopefully then enjoy it. You see how we’ve come full circle here?

So yes, despite the fact that someone may react negatively to it, I’m talking about the fact that my novel is eligible to be nominated for an Aurora Award. I’m even going to tell you how you could go about that, in case you don’t know. The awards are administered by The Canadian Science Fiction & Fantasy Association, and the website for the awards is here: http://www.prixaurorawards.ca/. To participate in the awards process, you must be a member of CSFFA–you can join online, but to nominate and vote you pay $10 per year in dues. Nominations are currently open and will remain open until April 12th. The nomination form is on the website.

As people are wont to say, it would be an honour just to be nominated. For me, just seeing my name on the eligibility list has been a thrill! But if you’ve read and enjoyed the book, you might consider submitting a nomination. And if you’ve read and enjoyed other Canadian works on the eligibility lists, then please consider giving them a nod too. This type of award depends entirely on the public’s participation, so if you’re a reader, get in there and participate!

Review: The Cruelest Month
The Knee-Bone's Connected to the Brain-Bone