A Funny Thing Happened on the Way to an Outline… 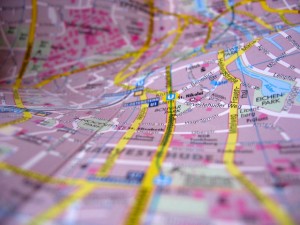 So, I had tapped this writing year to be a year of finishing things. Unfinished stories, unfinished novels; they were going to be my focus. Some of that focus has been distracted by other happenings, but that’s still The Plan.

I’ve been reading Mira Grant’s Newsflesh series, which got me thinking about my partially-written 2011 NaNoWriMo novel, “Survival Skillz” (because zombies beget more zombies, ya know?). So I hauled out the manuscript and started reading it earlier this week. I discovered, to my surprise, that it’s in much better shape than I remembered. Likely because when I left it, I did so because, well–I didn’t know what was going to happen next. I was stuck. So it left a sort of bitter taste in my mouth.

That’s a not-uncommon problem for us discovery writers (aka “pantsers”). I’ve discovered, over time, that the problem is much less likely to crop up if I’ve thought a storyline through enough before I start writing, but depending on the year and circumstances in the rest of my life, that’s not always possible for NaNoWriMo. That’s what happened with Skillz: I loved the general idea and the characters, but I ran out of plot fuel along the way and the story got bogged down.

Well, it seemed to me that the sensible way to tackle the problem now was to have a think about the story (with the benefit of time and distance for clarity) and come up with an outline for the rest of the novel before attempting to write it. You have no idea what terror this strikes in my heart, because I do not have a very…successful…relationship with outlines. In this case, though, it seemed like I should be all sensible and do one.

I set about researching various ways of creating outlines, and even tapped a writer friend who is wise in the ways of outlines to blog about her methods. I tried to get in the correct frame of mind by updating my work-in-progress outline for the story as far as it went (I do this in Storylines, concurrently with writing a first draft because it really simplifies things in the later revision process). I fleshed out some background data on the existing story. I looked at some other outline-creating software (and decided I still liked Storylines best).

And…yesterday I realized what had to happen next in the story. I realized the probable fate of one of the characters. Today I wrote a whole new next chapter.

I still don’t have an outline. I’ll probably still try to write one, so that maybe I won’t get stuck again. But I guess I’ve remembered that even just sitting down and immersing myself in the story can get me a little further along the path to The End. And however I get there, as long as I get there, that’s what matters.