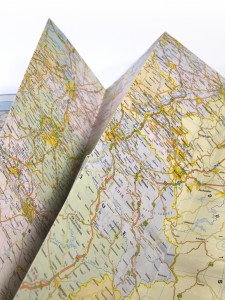 I’ve mentioned many times that I’m not really an outliner…much more of a discovery writer. I like to know the general shape of the story but not its entire geography before I start–if I know too much, the writing of it doesn’t actually interest me anymore. I doubt that that much will ever really change.

However, I set out to write a new story recently (well, I began it back in August and then that pesky September hiatus things happened) and I wondered if, especially since it’s a sort of a mystery story, I should have a few things mapped out. Just about the same time, I was going through some documents on my hard drive and came across a method for Outlining Three-Act Structure with Turning Points.

Okay, I do know that I found this somewhere…on the Internet. Where, I now have no idea. I am going to do some hunting, but a preliminary google failed to turn it up. So if you, dear reader, happen to know where this helpful thing originated, please tell me so I can point others in that direction and give credit.

At any rate, this helpful method breaks the outline into (obviously) three acts. Act 1 includes two things: 1) Setup and 2) The Initiating Event. You introduce your main character(s), get a feel for setting and situation, and then have something happen that sets the plot in motion. “The moment when everything changed,” as I like to think of it.

In Act 2, there are five–not sure what to call them; steps or turning points or elements–that move the story along. I’ll list them:
1) External Conflict Emerges. The main plot driver happens and the main character must make a decision to act. Now the MC has a goal.
2) Antagonist Arrives. This could be a person or an obstacle, but it will make the main character’s goal harder to reach.
3) Conflict Rises. Things get progressively more difficult. Maybe solutions are attempted and fail.
4) The Reversal. Something really bad happens and circumstances are radically changed for the MC and his/her struggle to attain the goal.
5) The Point of No Return. Something happens, or the MC makes a decision, that means there’s no turning back. The only choice is to move ahead.

That’s a lot of stuff going on in Act 2, but remember, this is really the bulk of your story. This is the “middle”, which is where a lot of writers get stuck. I think having this guide would make it a lot easier to figure out all the stuff that has to happen in that middle. (NaNoWriMo planners, I’m looking at you!)

Act 3 has just four points or parts. They are:
1) Crisis. The worst happens. It seems that there is no chance of success or that the price of success is going to be too high.
2) The Dark Moment. The MC thinks that all hope is lost, and must draw upon his/her deepest reserves of courage to succeed. The decision made here leads to the action that culminates in…
3) The Climax. The finale. The final confrontation or struggle. The MC attains the goal–or doesn’t.
4) The Resolution. Loose ends are tied up and the world and the MC come back into balance. We see what has changed (or not) in the course of the story. The end.

So, I printed out this list down one column on a sheet of paper, then went through and scribbled in the events or ideas I had for each step. Voila! A very general road map of my story, but not so much that I don’t feel like writing it. And the added bonus is that I could see where I needed to do some more thinking, or where I might run into roadblocks when writing.

I know, I know, that’s what outlines are supposed to do.

Now, not all stories must or should follow this structure, of course. But I think for plot-driven stories it’s a nice general guide–not formulaic, lots of room for variety, but a good structural guide.

Maybe I’ve found a good middle ground that will work for me. Let me know if you give it a try!