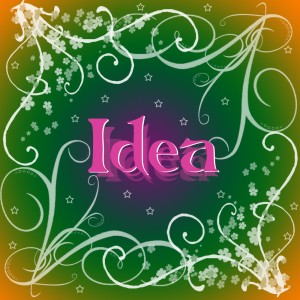 I’m in the process throes of creating a new short story this past week, so I thought it might be interesting to take a look at the mechanics as I move through the process. Every writer has his or her own way of doing this, and sometimes even different processes for different stories, so this is certainly not a “how-to” as much as a “this-is-how-I’m-doing-it-this-time.”

My process has changed over time. I used to come up with the start of an idea—maybe even just a first line, or a first scene, or a character in a setting—and sit down to start writing. Over time, I learned that in general, this was a bad idea for me. I have a LOT of story beginnings (let’s say anywhere from two to ten pages) that fizzled out, tripped up, or bogged down and never went any further. I’ve even found stuff on my hard drive that I don’t remember writing, or have no idea where they were going or what I thought the story was going to be about.*

After a while, I learned the first lesson about me and the way I write stories: don’t start too soon.

I need to allow time for an idea to percolate before I start putting words on paper (or virtual paper—you know what I mean). Although I often want to sit down and start banging out words, I consciously make myself wait until I have thought through more of the story. I’m not an outliner, but I do often make notes as I’m thinking about the story and the shape it will take.

For this new story, I knew I had a certain theme to consider, because I’m writing it for a themed anthology. The first thing to decide was how I wanted to incorporate the theme—what kind of story did I want to write? I mulled that over for a few days, trying out numerous bits of idea flotsam and jetsam before I realized that I want to write a humorous story. Could that work with the theme? It would be a little unusual, but it could work. Good. Now I knew the tone of the story.

Next I needed at least one character, and ideally two, who would be the main players in the piece. They stepped onto the stage quickly, now that I knew what kind of story I was writing. Only one had a name yet, but that was all right. I put them both onstage in my mind, and thought about their relationship. 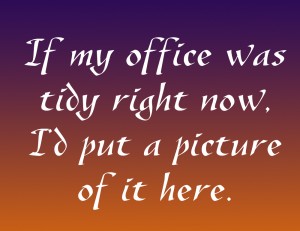 Now, maybe you’re picturing me sitting in my tidy, inspiring office, staring out the window or into the middle distance while I put all my concentration and creative energy into this bold and invigorating hunt for story. Sorry to shoot down that lovely little image, but that’s not how it’s happening this time around. I’ve been travelling, on a family vacation, as I’m working on this story idea, so my thinking time has been 1) while we’re driving, 2) when I’m falling asleep, 3) when I’m in the shower, and 4) when I’m awake in the middle of the night listening to all the unidentified noises in and around our cottage and trying NOT to imagine what could be making them.

In spite of this, after three or four days of thinking, I have some characters, a mood, and a general idea of the story problem (also known as a little thing called plot**). No notes yet, but that’s okay; I haven’t come up with any details or plot twists that I’m likely to forget. Also no title yet, but a couple of ideas.

I’m off to a good start. And this is getting long, so I’ll pick up the process (and hopefully have more to report) in Part 2…

*This experience is scarier than you might think.
**Not vital to all stories, but definitely so for the ones I write, and like to read.