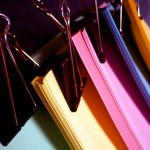 My priority task right now is the revision job on one of my novels. I mentioned in an earlier post that a publisher is interested, so I have a deadline and a defined task.

And it’s going quite sloooooooowly.

I’m not sure why. Of course I had to start with a re-read of the entire manuscript, because it’s been making its way through several readings at the publisher for a number of years, and honestly I haven’t looked at it in that time. So obviously I needed to get the whole thing back in my head to start working on it again in any kind of rational way. The editor noted plot problems but did not make any actual suggestions for changes, so that is up to me to work out. A mixed blessing, because on the one hand I don’t have to try and incorporate changes that I don’t like, but on the other hand I have to come up with ideas and just hope they’ll be acceptable.

So in the throes of all that (and I’m actually in the meatiest part of the work right now, I think) I haven’t been blogging much. I have, however, been trying something new to get the ol’ brain firing every day. Because I really need that right now.

Have you ever read the book The Artist’s Way by Julia Cameron? One thing Cameron advocates in the book is doing “morning pages”–basically a brain warm-up. Not being a very consistent journaler, this idea, while appealing, never really worked for me. However, I recently discovered a site that takes this idea and sort of brings it to a new level: 750words.com. It’s the morning pages idea online, expanded, and with added incentives that appeal to me (word analysis! badges! awards!). I’ve been writing these pages consistently for over a week now, and it’s the consistency that surprises me, in a way. I’m not generally this consistent at this type of thing (for instance, blogging). However, knowing that there’s an outside force keeping track is the extra incentive I need. It’s still just for me, and no-one else ever sees what I write, but I really like the tracking features.

It also makes one realize how small chunks of writing really add up. I do know that from NaNoWriMo, but hey, it’s not November, and I’ve written consistently for over a week. Not all of it is fiction; some is just the morning pages clear-out-the-brain stuff, but I think it will also be a great tool for working on stories and story problems. So check it out, you might find it useful, too!