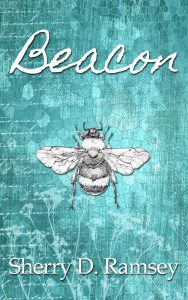 August’s is “Beacon” (first published in Beacon and Other Stories, so if you have that collection, you already have this story!).

Paicia and her family live in a future of green rooftops, shared makerspaces, and community gardens. With the help of beacon technology, they’ve even managed to save bees from colony collapse and protect human food sources. But when a rogue drone kidnaps one of their family’s bee swarms, Paicia learns that not everyone has moved into a greener future. And the more she finds out about the “ashers,” the more determined she is to stop the abductions and bring her bees home.

Just .99 on your favourite digital platform! 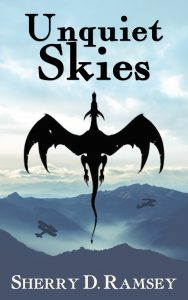 And July’s story was “Unquiet Skies” (first published in Flights from the Rock from Engen Books, and also included in Beacon and Other Stories).

In 1919, racers are gathering on the rocky island of Newfoundland to attempt the first transatlantic flight. And while young Collie is excited to see the pilots arriving with their crates of airplane parts, he has larger concerns–like Awdwith and the other dragons who have taken refuge in Newfoundland’s wind-swept interior to escape the now too-busy skies over the British Isles. A successful race might mean the dragons will have to move again, and Collie can’t bear the thought of losing Awdwith’s friendship. But when the aviators Collie has befriended encounter danger, will he be forced to choose sides?

My plan to release a new title every month continues, although I’ve fallen behind in posting them here. So let’s have a little catch-up post so you can see if you’ve missed any! 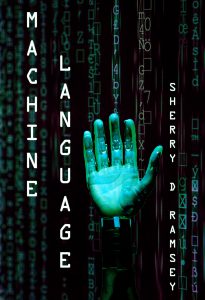 On the damaged colony ship Strelka, limping toward the sanctuary of a nearby planet, Yuka and the other surviving colonists–even the children–struggle to keep the ship moving. They pilot remote rovers on the planet’s inhospitable surface, searching for a region where they might have a chance at survival. But tensions on the ship are high, and the few left uninjured in the disaster–the Fulls–hold themselves separate from the many who survived, but not intact. When Yuka’s remote rover encounters a robotic explorer that didn’t come from the Strelka, she’s not sure what it means…or who to trust with the information. If she can communicate with it, she might gain valuable planetary data. But what if it poses a threat to the colony even more dangerous than the ones they already face?

Get it for just .99 on your favourite retail platform

Larry is a call center employee at ePrayer, a service that offers computer-generated prayers recited on the customer’s behalf. He harbours a secret affection for his supervisor and simmering doubts about the efficacy of digital devotions. Then one day he takes a call that changes his life…and his understanding of death. He’ll have to risk everything to set things right for one of ePrayer’s clients…or rather, former clients.

Find it for just .99 across platforms

Vonni’s life on Unity Station seems normal enough–school, gaming, watching the traders and starships come and go. No-one suspects she’s hacked into the Virtual Reality learning program, Station Run, outpacing the game’s slow, measured advancement to unlock and explore higher levels of virtual immersion on the space station. Then, in the virtual Unity Station, Vonni meets Dart, a scruffy boy who claims to live in a sector of the station that doesn’t exist. As she struggles to stay in the “game,” Vonni comes to realize that her programming skills have unearthed a closely-guarded secret–one that will rock the world of Unity Station and those who live there. As long as Vonni can get the word out before the administration tracks her down.

Just .99 at your preferred e-retailer

May: “Captain Sable and the Canid Complication: A tale of pirate cats and sundry other scoundrels” 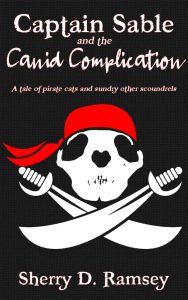 Captain Sable and the crew of the pirate ship Able Mouser might be the scourge of the seas, but Sable has a soft spot when it comes to underdogs–of any species. When a birdfolk stowaway is discovered on her ship, Sable contemplates making him walk the plank; that is, until she hears his tale of the Canid Empire’s plan to take over his people’s island home and enslave them. But with the Empire dogs ensconced on the island and in the waters around it, how can one pirate ship hope to drive them off? Captain Sable will have to be at her canniest–and cattiest–to pull it off…and hope she has at least one of her nine lives left.

Join the pirate fun for just .99 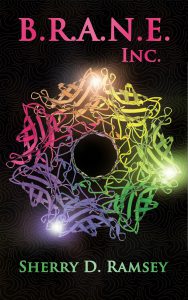 When Nicole called for a photocopier repairman, she wasn’t prepared for him to tell her there was something living inside the machine. She also hadn’t gotten up that morning expecting to be recruited to help save the world. But a flashpoint portal on the roof of her office building isn’t something she can ignore–not when she sees what’s waiting on the other side.

At least it’s not another boring Monday morning at the office.

Whew! It’s been fun keeping up these monthly releases. Stay tuned for what the coming months have in store!