I was reading an excellent post the other day titled “Which Social Media Websites Work Best For Writers?“, by Conor P. Dempsey. (He forgot Goodreads, but overall it was a good list.) However, I don’t want to rehash his thoughts here. I mention his post because I like the assumption inherent in his title: writers need social media sites, it’s just a matter of choosing what’s the best use of one’s time.

I know that not all writers (particularly, but not limited to, non-genre writers) see any point in using social media at all. It is often largely described by these writers as a waste of time and a waste of brain power. “I don’t have time”, “I don’t have anything to say”, and “I don’t care about the silly things people talk about on social media sites” are the three main complaints I hear, so Conor’s article got me thinking about them. (Note, too, that these complaints come not just from writers, but from others who are hesitant or downright intolerant of social media.)

Whether or not you believe in the “ebook revolution,” it’s been clear for a number of years that traditional publishing is a) walking a financial tightrope and b) choosing very carefully where to spend advertising and promotional dollars. Mid-list authors have lamented being left out in the cold, new authors have lamented being dropped after one book fails to make the sales grade. This predates the real take-off of ebooks, so it’s not entirely tied into those sea changes, although I think its impact has probably been accelerated.

What writers who don’t “do” social media seem to overlook is that even before the e-valanche of ebooks, there was one thing needed to sell books–readers have to find them. Books have to be accessible, available, find-able. You have to let readers know they’re out there, unless you’re going to depend on the odd reader here or there who finds your book by accident among the myriad covers stacked on bookstore shelves. Publishers used to look after that for you, so you could get on with writing your next book. Except in the case of that handful of authors who don’t even really need it, publishers’ efforts in this case have been severely curtailed. There’s no sense in blaming the publishers–they are making business decisions.

But the upshot is–you’d better do everything you can on your own, to promote your book. To do that, you have to let people know it’s out there.

Now, I live in the back of beyond as far as the book-buying public is concerned, but even if you live smack-dab in the middle of NYC, your personal circle of book-buying readers is limited in scope. If publishers are not going to be out there hawking your book or footing the bill for you to go gallivanting around hawking your book, how are you going to let people know about it?

Social media is a great answer. No ifs, ands, or buts. Unless and until the Internet collapses under the weight of its own information overload, it’s the best tool you have for connecting with your readers.

Does it take time? Yes, it takes some. It needn’t be great gobs of your time, sucked into the black hole of your monitor while you struggle to stay at the edge of the event horizon. But look, you’re a writer. You can’t write a 500-word blog post a few times a week? You can’t share the interesting things you find on that selfsame Internet, or a few random thoughts and updates through Twitter? I think you can. I think you just don’t believe you have to.

Don’t have anything to say? I hardly think so. You’re continually writing stories about fascinating characters (or trying to) and yet in your own life you do nothing of interest? No hobbies, no interests, no travelling, no reading, no movies? You never find anything of interest on the Internet? You never want to talk a bit about your writing process, the story you’re working on right now, or the way your cat/dog/kid/gerbil/spouse did that really cool thing the other day? No? Then I have no idea where you’re getting your stories.

And finally, you can’t be bothered listening to/reading about other people and the silly, pointless things they’re doing or talking about? Well, in the first place, you don’t have to. You only need to learn to control the way you use social media (which sounds like a topic for a future blog post). If you are going to let it control you then, yes, maybe that’s a problem. But it doesn’t have to be like that. Social media has all sorts of tools and tricks you can use to make sure that your incoming stream is not full of garbage. Sure, you might annoy a few followers if you shut them out, but if you’re connecting with hundreds, if not thousands, of potential readers, that’s not a worry.

In the second place, people talking about the silly, pointless things they’re doing can offer great insight into characters and the way they think. It can be like a whole laboratory full of specimens for you to study at will. (insert evil laugh here)

And third, people talk about a lot of things via social media that are neither silly nor pointless. Social media can highlight the most important issue of the day. It can show you how others feel about it. It can point you to information about it. It can inform you how you can act to be a part of it. If you think social media is filled with people talking only about how drunk they were last night or the flavour of chips they’ve just eaten, think again. That’s out there, sure. But there’s a whole lot more that’s important, current, and relevant. And you can have a voice in it. 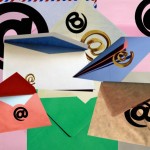 By nature, I’m a pretty trusting person. I like to think the best of folks unless and until I’m proven wrong. Maybe it’s a holdover from my legal practice days and the whole “innocent until proven guilty” thing.

Anyway, up until now, comment posting on this blog was simply open, although comments were held for moderation. Every once in a while I’d go into my dashboard and clear out the spam.

There was a fair amount of spam. I’m pretty sure that “wowgoldwizard” and “sunglasses online” are not actually reading my writing blog, and when they tell me that they found my post “inspirefull” or “consideratley enjoyment,” I really must go against my nature and mistrust them.

So. From now on, you’ll have to register to post comments. This won’t take long, it’ll make my life easier, and your comment won’t be stuck in moderation for days while I wade through spam.

I’m pleased to note that I am the new Webmaster for SF Canada, the national association for Canadian speculative fiction professionals. We have a newly-built website that is in the process of becoming our main home on the web. Right now I’m busy trying to find my way around it and figure out what needs to be done, but it’s an exciting job. I have some plans for new things I would like to bring online at the site once all the basics are covered.

The new site, if you’d like to visit, is at www.sfcanada.com although it’s still in the growing stages of getting content added.

I’ve been stymied the last while trying to get the latest version of WordPress installed…the automatic route was not working for me, and there were issues keeping me from attempting the manual route. And the problems have kept me from blogging.

But today, I took a deep breath and did the manual upgrade…and it worked! I mean, it worked perfectly, without a hitch. Wow. I am still stunned. But happy! All the things that have been tumbling around in my head will finally be able to escape onto these pages…

Well, maybe not everything. Just most.

It looks like everything is working, and the new site is live. I hope to use this particular space predominantly as my writing blog, and continue (or get back to) blogging on other matters over at Under The Stars. I guess we’ll see.

If you see anything wrong with the new site, please let me know. I expect I’ll still be working out bugs for a little while.

After a bit of work and some on-the-fly learning (the best way to learn for me, it seems!), I believe I am going to have a shiny new website that integrates my writing blog. There’s lots of content here, so please feel welcome to spend some time browsing and reading.